19. The Deadwood Series: What's Real And What's Not 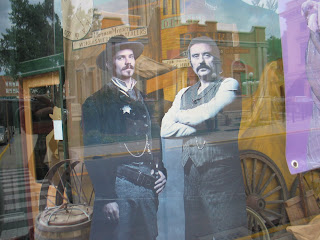 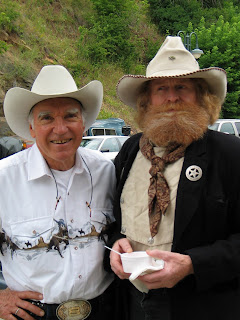 If you watched the HBO series Deadwood you couldn’t help but wonder what was real and what was not so real. Well here’s the deal; Seth Bullock was real and he was actually sheriff of Deadwood. He really did come to Deadwood with his business partner Sol Star to open a hardware business. The Bullock Hotel now stands on the site. Seth Bullock went on to become a successful rancher in the area and became friends with President Theodore Roosevelt. He died in 1919 and is buried up on Moriah Hill. Sol Star was successful in a variety of businesses and distinguished himself as a public servant, serving as mayor, postmaster, and Clerk of the Courts. He died in 1917. E.B. Farnum was also real and was also elected mayor. He was a much better businessman and city official than the way he was portrayed in the series. But by 1880 he had moved on as he was not in the 1880 census. Al Swearengen’s first saloon was named the Cricket. He was in and out of business several times before he opened the Gem Variety Theater in 1877. It was very successful bringing in five to ten thousand dollars in gold every night. Dan Dority was his general manager and Johnny Burns was in charge of the girls. However, when Al Swearengen left Deadwood after the fire of 1899, he was flat broke. He was killed shortly after that in Denver while trying to hop a freight.

Of course Wild Bill Hickok, Calamity Jane, Charlie Utter, George Hearst, and Jack McCall were real, as was Tom Nutall, owner of the No. 10 saloon, A.W. Merrick, editor of the Deadwood Pioneer, Rev. H.W. Smith, who was a preacher, and Trixie, who was a prostitute who actually did shoot a miner in the head. All the not so real characters were from the wonderfully creative mind of David Milch, creator and Executive Producer of Deadwood, the HBO series. The photo above is of me with an extra that played one of the grizzled miners in the series. Now that the series is over, he walks the streets of Deadwood and talks to tourists. Light from the overwhelming successful series puts a reflected glow in some of the smaller corners of Deadwood.
Posted by artist-link.blogspot.com at 9:00 PM