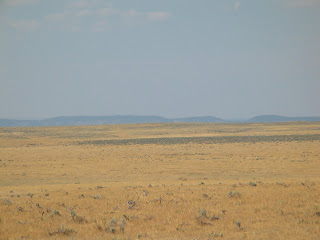 In the free-for-all American west nothing was considered sacred, particularly when it came to the land….anything above or below the earth that was exploitable was exploited. When rumors of rich gold finds in the Black Hills of the Dakota territories reached the ears of the 49ers, they dropped everything and set out in droves to exploit the new gold fields,….never mind that the U.S. Government had given the Black Hills to the Sioux.

The Sioux vehemently protested this invasion of white men into their sacred hills, but their protest fell on deaf ears. If anyone cared to justify this occupation they did so by saying that the Sioux didn’t “use” the hills anyway,…so what was the problem? True enough, the Sioux, and the Cheyenne, who were excellent horsemen, preferred to live, ride and hunt on the plains where the buffalo were. They seldom ventured into the Black Hills because the trees made it too hard to maneuver and hunt on horseback. But they did consider the hills sacred so they wanted the white men out. But it was too late. What Americans wanted, Americans took.

In all fairness to the government they did use the army to try to keep the miners out, but in no time the troops were overrun, so the government just gave up. They made another “take it or leave it” pretend treaty with the Sioux, annexed the area into the Dakota territories, and that was that.

The Americans got the gold, the Sioux got the shaft. Again.
Posted by artist-link.blogspot.com at 7:08 PM